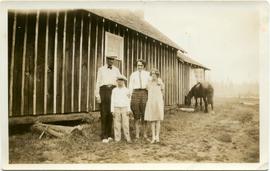 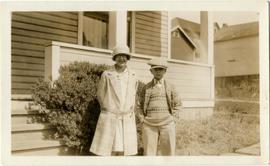 Anne and Maison Philip in front of a porch. Not at Alta Lake. 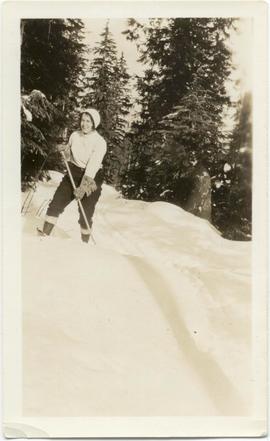 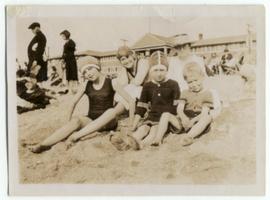 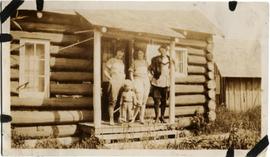 John, Rhi, Anne and Maison Philip standing on the porch of Sewall's cabin. 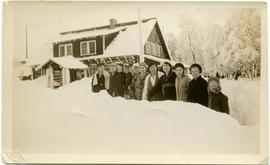 People in the deep snow outside Rainbow Lodge 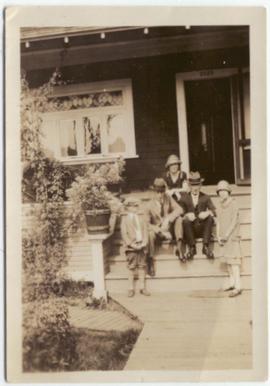 Photograph of members of the Philip family sitting on the steps to a building, not in the Alta Lake area. The annotation on the reverse "I think this is Rhi, Cousin John, Uncle Alex, Maison and Ann. Don't remember the year." 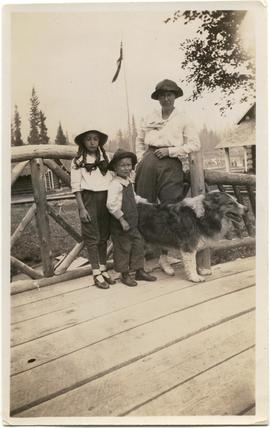 Rhi (Mariah), Anne and Maison Philip standing on a bridge with a dog. 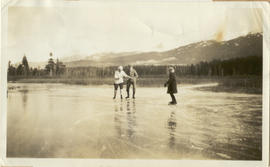