A group of Rainbow Lodge guests, picnicking on the banks of the Green River. Inscription on verso : "Log jam on Green River" 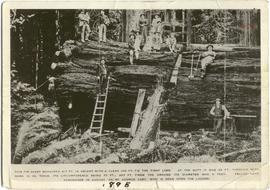 Logging at the south end of Alta Lake 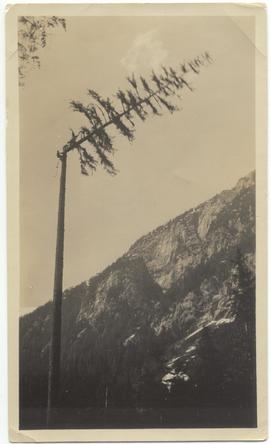 Photograph of a high rigger (logger) felling a spar tree. The annotation on the reverse reads "Cutting off branches to make spar tree for logging. Green Bay, B.C., 1920?" [Location unclear: may be Green Lake rather than Green Bay] 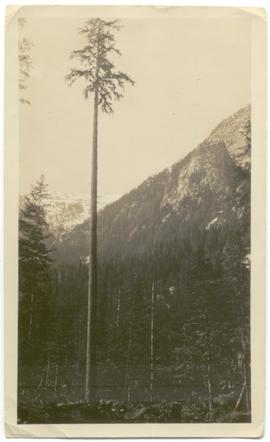 Photograph of a high rigger (logger) climbing a spar tree in preparation for felling. Inscriptions on verso : "Same tree as on other picture! [0345] Can you see man under lowest limb? ready to begin cutting. / Green Bay, B.C. ", "Green Lake", "1920? / Rigging a spar tree...They put rigging on it" [Location unclear: may be Green Lake rather than Green Bay] 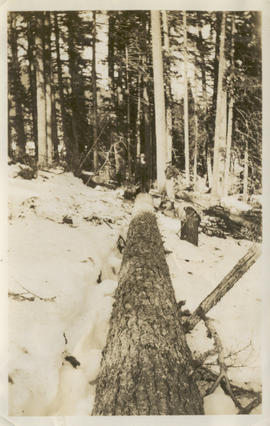 Loggers standing by a felled tree 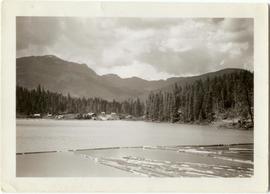