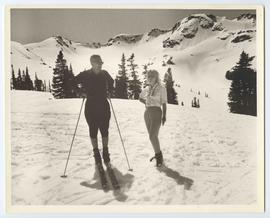 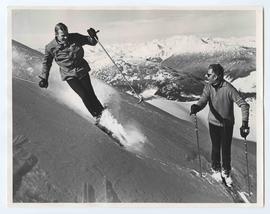 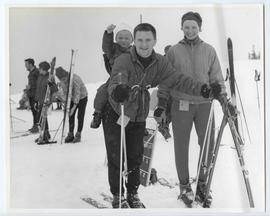 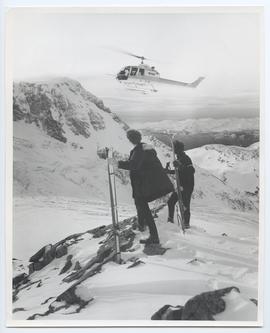 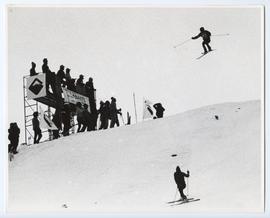 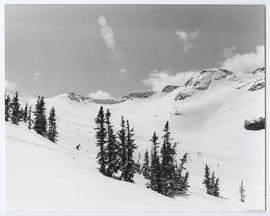 The Rolling Whistler Review, Summer Solstice Issue, year unknown. A short newspaper dedicated to fiction, poetry and art by Whistler locals, called a "potpourri of local creativity."
Table of Contents:
1 Almost an editorial by Peter Vogler - a short introduction to the paper and information about print runs
2 Mountain Madness by the Great Brettski- a short article about the first Blackcomb Sextathlon
2 A Eulogy for Hippiedom by Sarah Dobell - a short article about hippie culture in the 1960s
3 The decay of the Whole gives rise to Its parts by Mark Bell - a poem
3 The Rock Poem by Mags - a poem
3 Mary by Stephen Vogler - a short fable
4 Giant Ants in My Apartment by Dean Eyre - a poem
4 In Verse With the Universe by Iole di Carlo - a poem
5-6 Nosing About With Bugsy by Peter Vogler - a travelogue about a roadtrip in Washington State
7 Assorted comics and drawings
8 Living on the Edge by Richard Gagne - a narrative about a backcountry skiing experience on Wedge Mountain