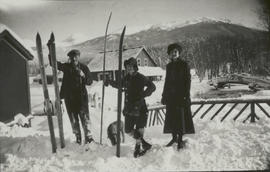 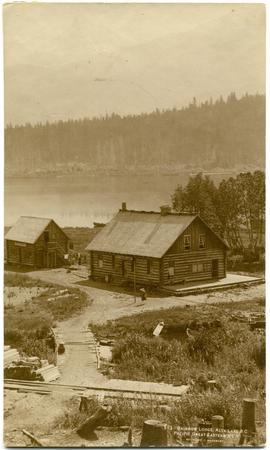 Photograph of the first building of the Rainbow Lodge and the first Alta Lake store and Post Office. Jean Tapley walking on front grounds of the lodge.

The only two buildings that existed at Rainbow Lodge when it first opened in 1915.<sup>1</sup> 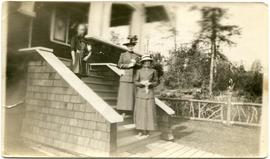 Jean Tapley with her friend, Alice

The reverse is annotated with the following note: "I couldn't resist sending you this picture. I found the negative among some pictures. Wish I new [sic.] the date when it was taken. Maybe you can guess. It must have been a long time ago for you look so young - ha ha - merry christmas, alice." 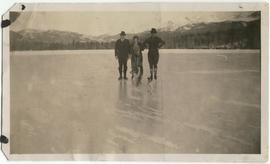 Photograph of the Tapley sisters at Margaret Esworthy's house after the funeral of their brother, Phil. Annotation on the reverse "Margaret's house March 1964." 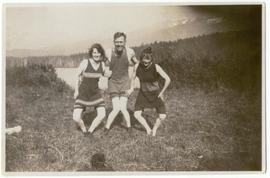 Joking around in swimwear

Katie McGregor, Jean Tapley and a male friend about to go swim in a lake.