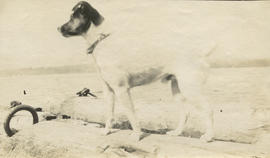 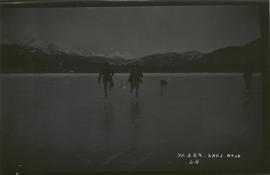 This photograph appears to be in a stage for making a postcard out of the original image. It is a mirror image of 1986-0037- Philip and is very dark. White 'mirror' writing reads "Alta Lake, P.G.E. Ry., B.C.".

Photograph of Skookum, the dog, harnessed, and pulling Myrtle Philip across Alta Lake on skis.

Photograph of Alex rowing two female [Rainbow Lodge guests] on [Alta Lake]. The annotation on the reverse reads "Way in the early days". 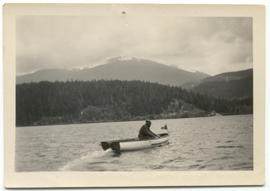 Alex Philip in a powerboat

Alex Philip on a powerboat on Alta Lake, Blackcomb Mountain is in the background. 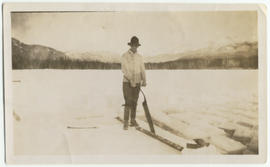 Alex Philip with an ice saw

Photograph of Alex Philip with an ice saw cutting blocks of ice out of Alta Lake. They were stored in sawdust in an ice house for summer use. 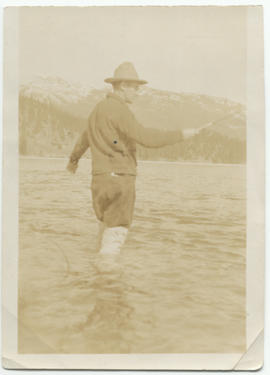 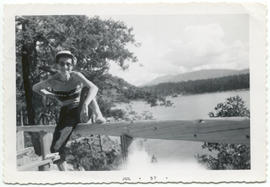 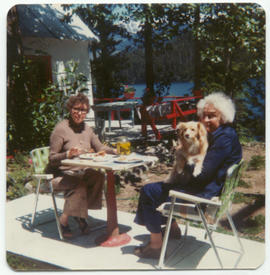 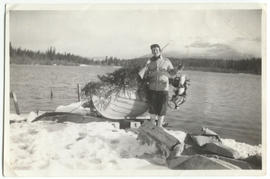 Woman with ducks and a camouflaged boat at Alta Lake.