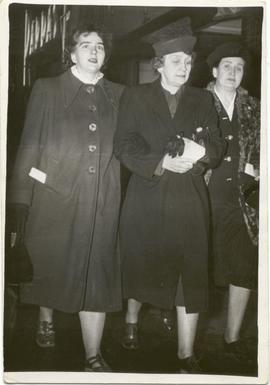 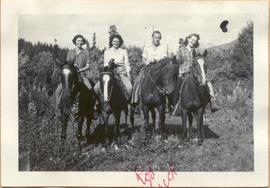 Rod Deidrick [or guest?] with three of the Rainbow Lodge staff on horseback. Inscription, partly on face and partly on paper adhered to photo : "Rod Deidrick & some of the staff" 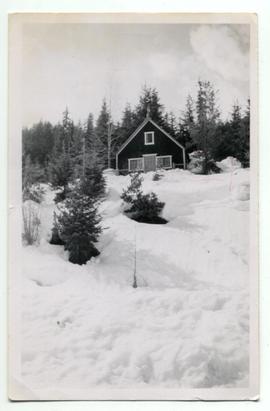 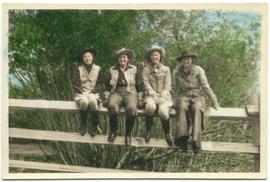 Four women on a fence

Myrtle Philip (second from left) and three other women sitting on top rung of a rail fence. All are dressed for horseback riding. 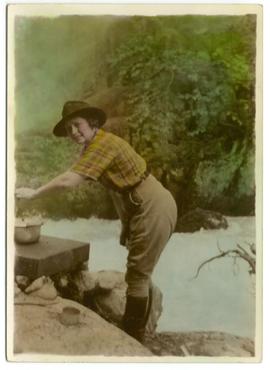 Myrtle cooking beside a river

Myrtle Philip (in same outfit as WMA P86.758 PHILIP), bending over a cooking pot beside a rushing river. 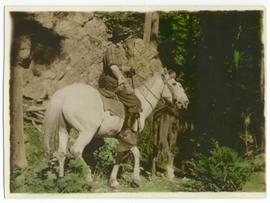 Myrtle Philip astride a white horse. 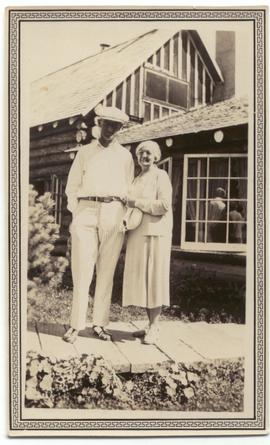 Alex and [Elsie Philip?] on boardwalk

Alex Philip with [Elsie Philip?] on the boardwalk outside Rainbow Lodge. Photograph has a fancy border. 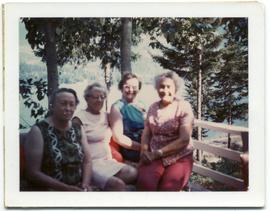 Jean and Myrtle at the West Side Road house

Jean Tapley (l) and Myrtle Philip (r) with two other women on the deck of the Philip West Side Road house. Inscription on verso : "June 18 / 69 / Jean X" 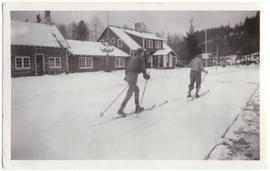