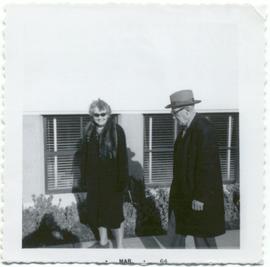 Alex and Myrtle in Vancouver

Myrtle and Alex Philip outside Vancouver apartment. Myrtle is wearing a coat with fur collar and sunglasses. Alex is in an overcoat and hat. Date stamp in lower margin : MAR 64. Inscription on verso : "Myrtle & Alex in Vancouver" 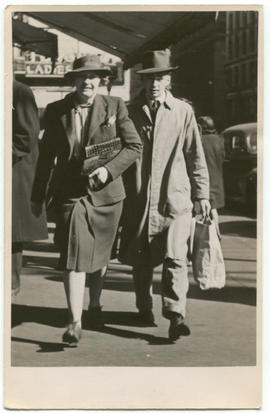 Myrtle Philip and her nephew David Esworthy in Vancouver. 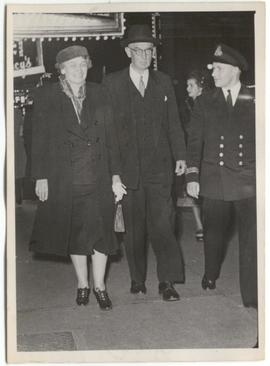 Alex and Myrtle Philip in Vancouver

Two copies of a photograph of Myrtle and Alex Philip with a man in uniform in Vancouver. 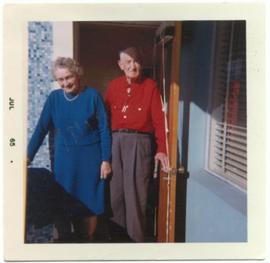 Myrtle and Alex Philip in Vancouver

Annotation on the reverse of the photo reads: "Alex and Myrtle Philip, Vancouver, B.C. March 1965 on balcony of their apt in Cambie Plaza, taken on Mattie Moore, Bill and Alma Philip's trip there." 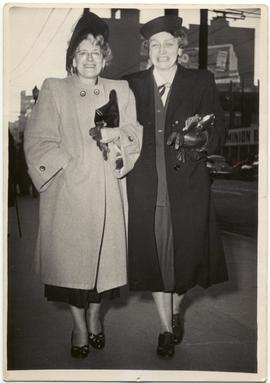 Photograph of Mollie Hunt and Myrtle Philip in a street in Vancouver. 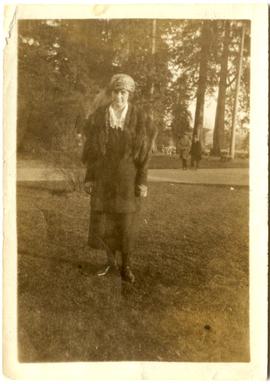 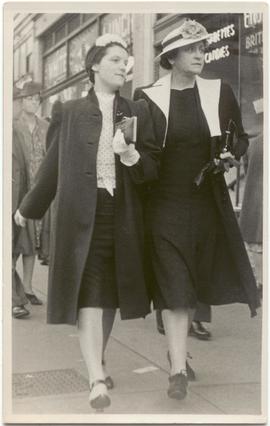 Photograph of Mary Rayner and Myrtle Philip walking down a street in Vancouver, taken by a street photographer, 1938.

Street photograph of Lizzie Neiland and an unknown female companion taken by "Movie Snaps, 541 Granville St." The verso of the card has a letter from Lizzie to her grand daughter Louise Betts dated 3rd Sep. 1946. Unfortunately much of the letter has been obscured by black paper glued on the back after being glued into a photo album. The recto of the card reads "Aug 1946".

Documents, photographs, films, and other graphic material relating to the career, accomplishments, interests, and family life of Franz Wilhelmsen, including:

Photographs including but not limited to Community Club social dinner; drinking; musicians; acting; car accidents; houses; Vancouver Ski Show
02-033-16. pg. 1. Caption: Suzanne Wilson and Nello & Jenny Busdon enjoy dinner while the chow line in the background looks on. The scene was the Community Club's social at the school on Saturday.
02-033-23. Pg. 4. Caption: One more vehicle unloads its contents onto the large pile of building material debris collecting under the power line at Function Junction.
02-033-30. Pg. 8. Caption: The western pine log home nearing completion in Alpine Meadows - construction by Canadiana Homes Corp.
02-033-27. Appears in Nov. 15, 1978 issue. Caption reads: Package #7 - The new Post Office site is identified at the Town Centre with the school in the background.
02-033-09. Appears in Nov. 8, 1978 issue. Caption reads: Gordon "Bush" Turner calculates while Candy Rustad parades at the Community Club skit on October 28.