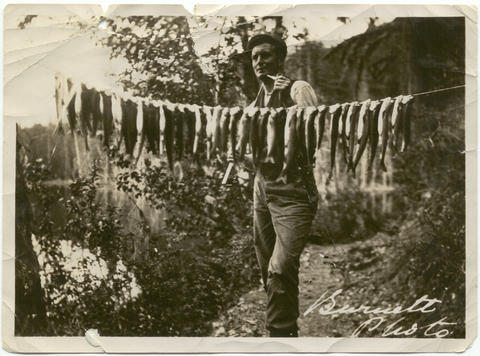 Frank Burnett was a Scottish-born photographer and anthropologist who immigrated to Eastern Canada as a young man and eventually settled in Vancouver. Beginning in 1901, he made ten ocean voyages to Africa, Australasia, South America and the Pacific Islands. Burnett documented his travels with photography and acquired many cultural artifacts, 1200 of which went on to serve as the UBC Museum of Anthropology's founding collection. He also wrote extensively about his journeys. Burnett died in 1930 during the middle of a speech he was giving at a Canadian Author's Association banquet.

Copy negative stored along with print